To celebrate International Albinism Awareness Day 2017, we put out informative flyers to clarify some myths about albinism 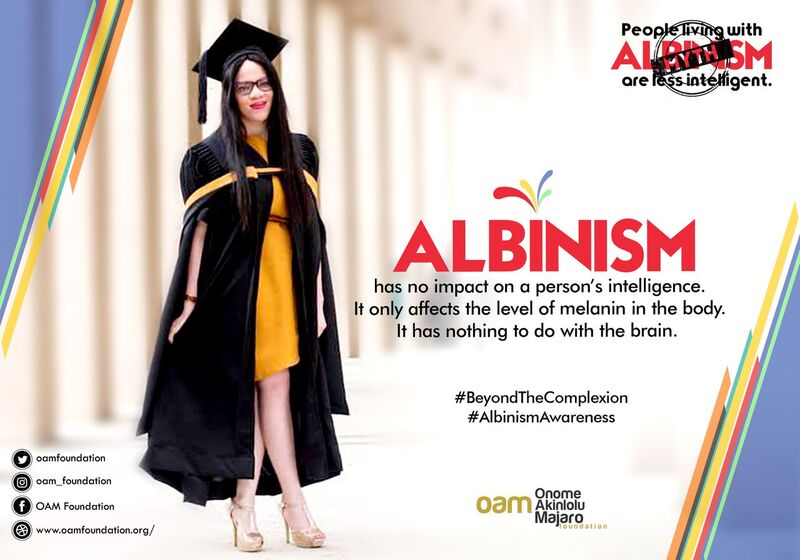 Fact: Albinism has no impact on a person’s intelligence. It only affects the level of melanin in the body. It has nothing to do with the brain. ✅👍 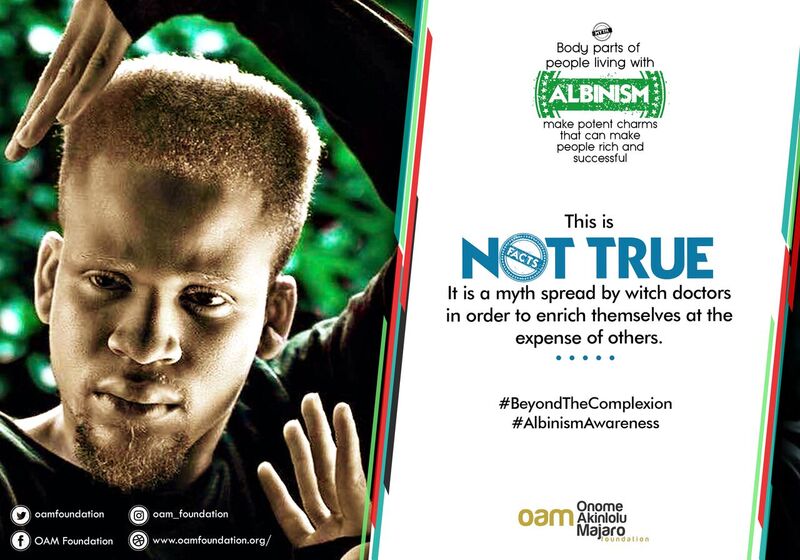 Fact: This is not true. It is a myth spread by witchdoctors in order to enrich themselves at the expense of others. ✅👍 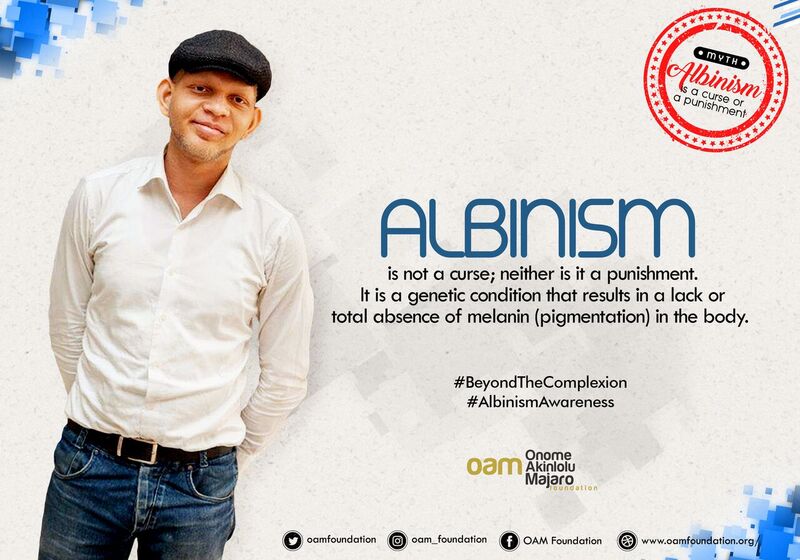 Myth: Albinism is a curse or a punishment. ❎👎

Fact: Albinism is not a curse; neither is it a punishment. It is a genetic condition that results in a lack or total absence of melanin (pigmentation) in the body. ✅👍 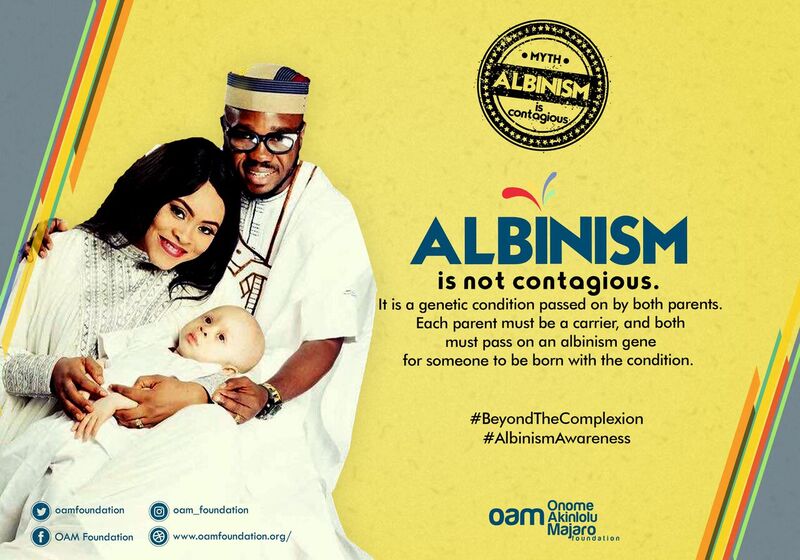 Fact: Albinism is not contagious. It is a genetic condition passed on by both parents. Each parent must be a carrier, and both must pass on an albinism gene for someone to be born with the condition. ✅👍 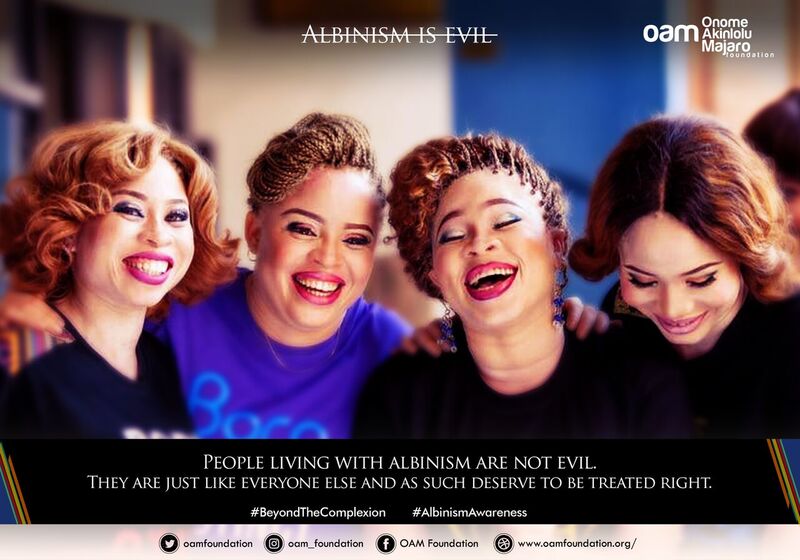 Fact: People living with albinism are not evil. They are just like everyone else and as such deserve to be treated right. ✅👍 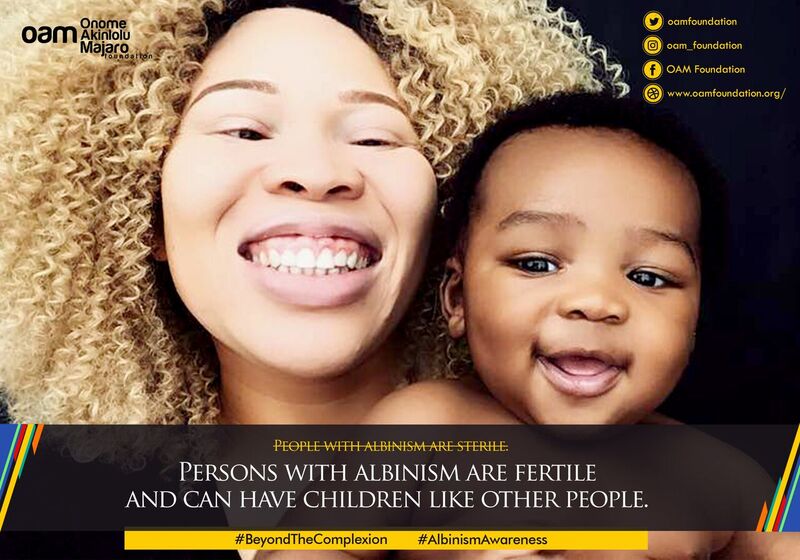 Myth: People with albinism are sterile. ❎👎

Fact: Persons with albinism are fertile and can have children like other people. ✅👍 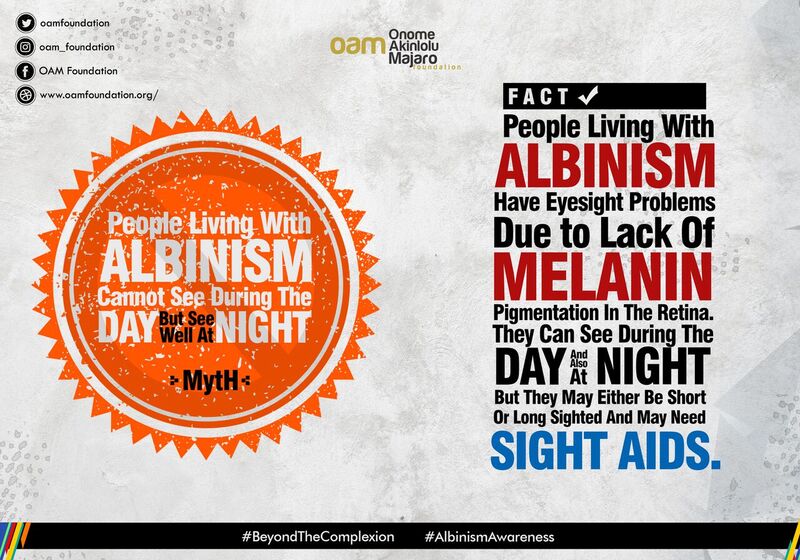 Myth: People with albinism cannot see (well) during the day but see well at night. ❎👇

Fact: People with albinism have eyesight problems due to lack of ‘melanin’ pigmentation in the retina. They can see during the day and also at night, but they may either be short or long sighted and may need sight aids . ✅👍 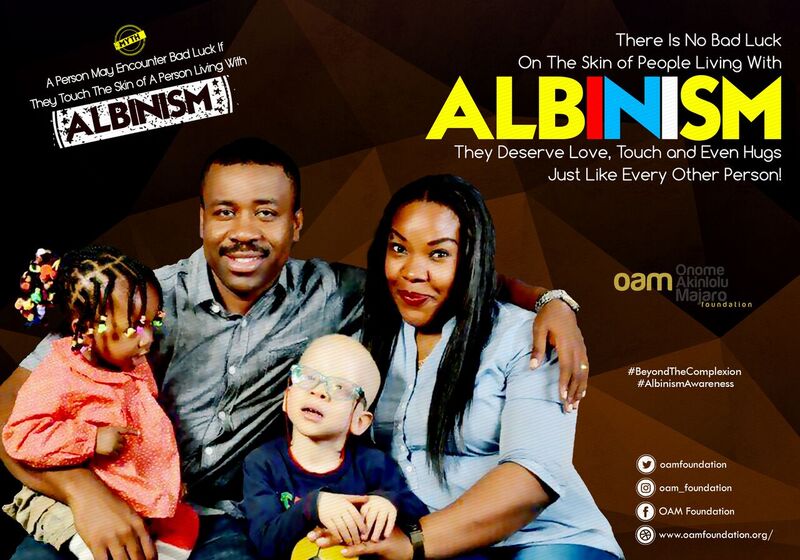 Myth: A person may encounter bad luck if they touch the skin of a person with albinism. ❎👇

Fact: There is no bad luck on the skin of people living with albinism. They deserve love, touch and even hugs just like every other person. ✅👍 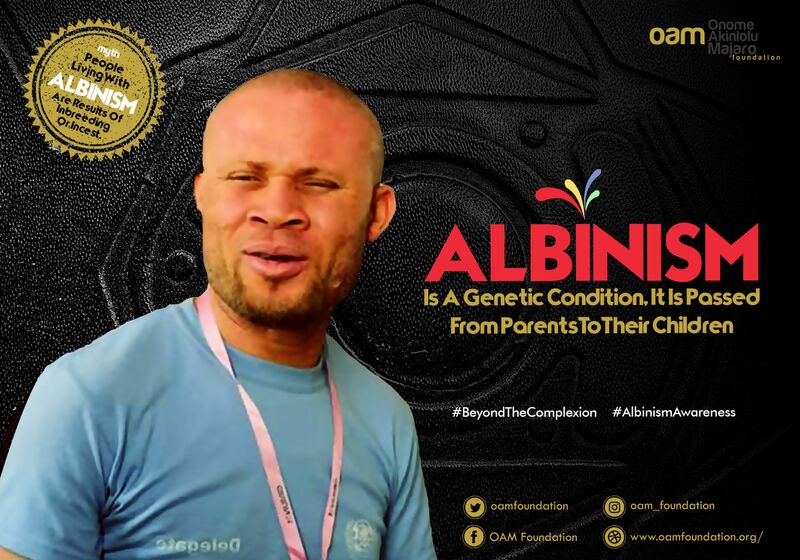 Myth: People living with albinism are results of inbreeding or incest. ❎👇.

Fact: Albinism is a genetic condition, passes by both parents to their child. ✅👍 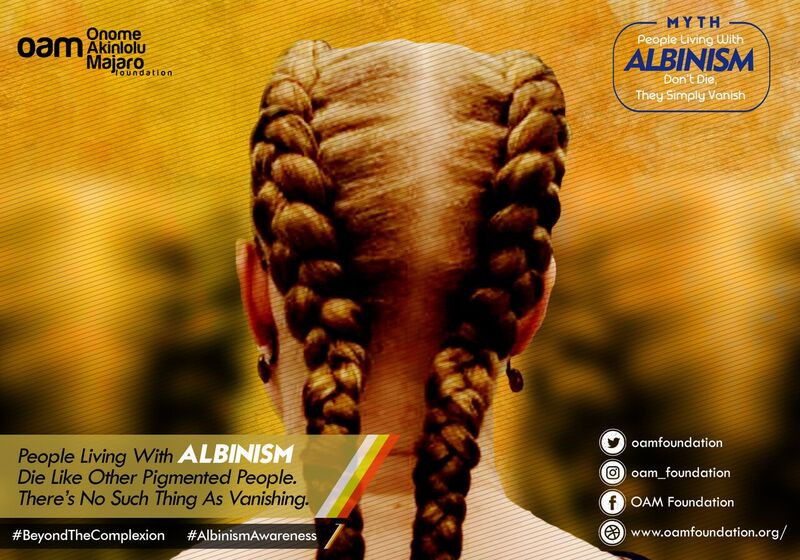 Fact: All people with albinism die like other pigmented people. There’s no such thing as vanishing ✅👍 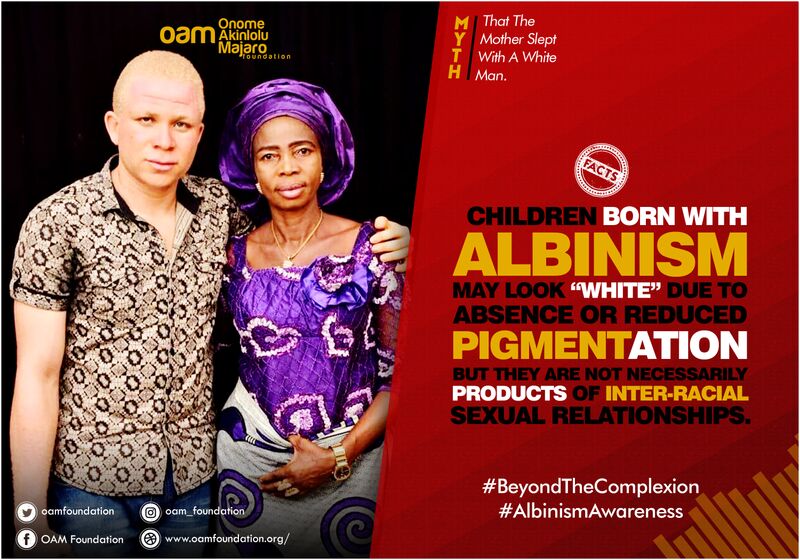 Myth: The mother of a PWA slept with a white man. ❎👇

Fact: Children born with albinism may look ‘white’ due to absent or reduced pigmentation but are not necessarily products of cross race sexual relationships. ✅👍 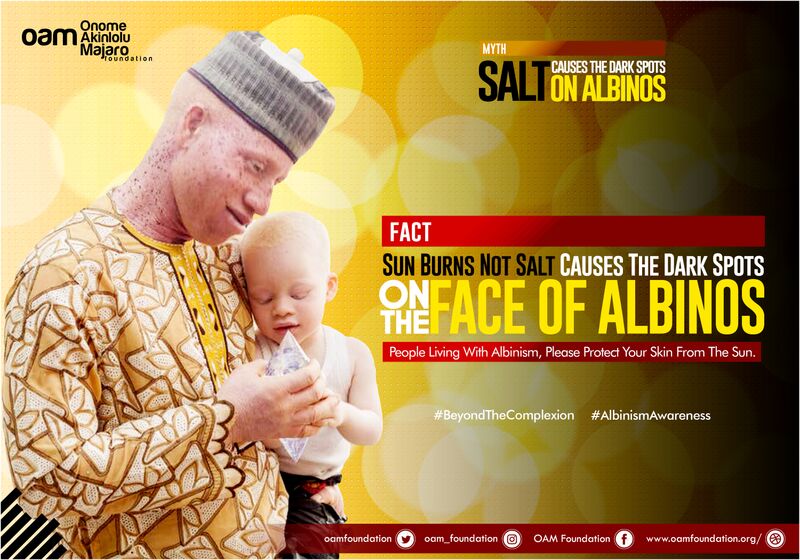 Fact: Sun burns not salt causes the dark spots on the faces of albinos. PWAs please protect your sensitive skin from the harmful rays of the sun ✅👍 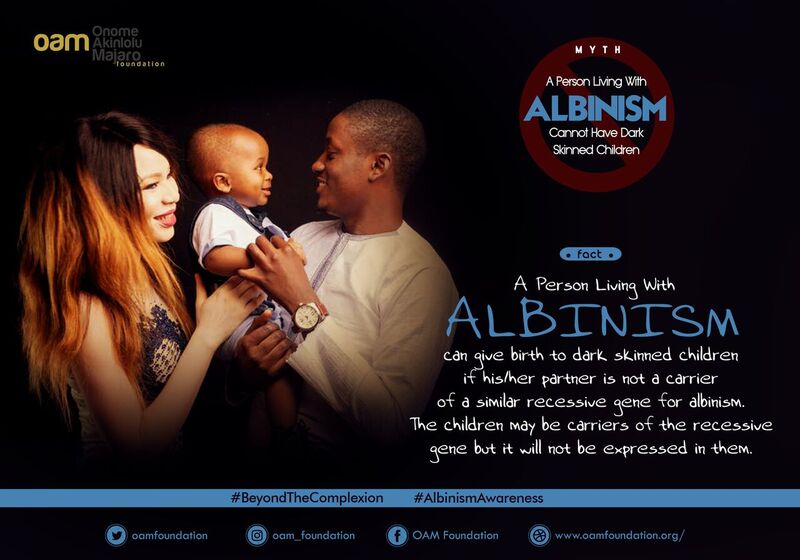 Myth: A person with albinism cannot have dark skinned children.❎👇

Fact: A person with albinism can give birth to dark skinned children if his/her partner is not a carrier of a similar recessive gene for albinism. The children may be carriers of the recessive gene but it will not be expressed in them. ✅👍 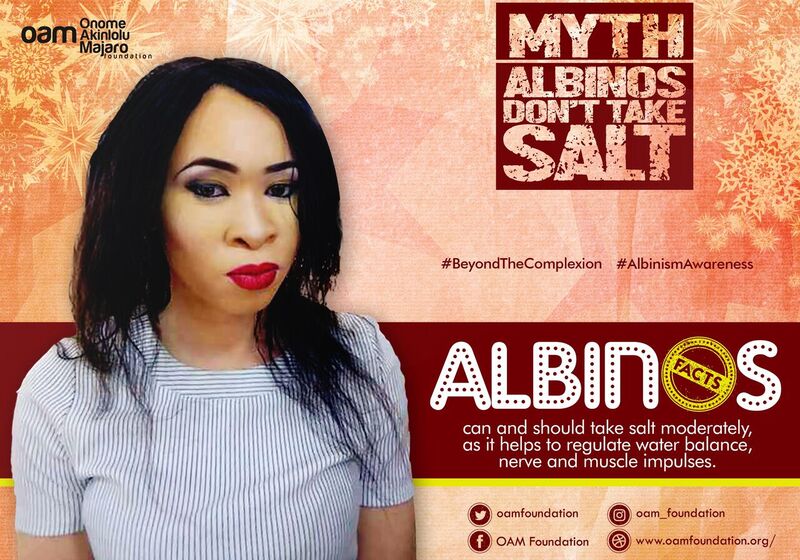 Fact – PWAs can and should take salt moderately, as it helps to regulate water balance,nerve and muscle impulses. ✅👍 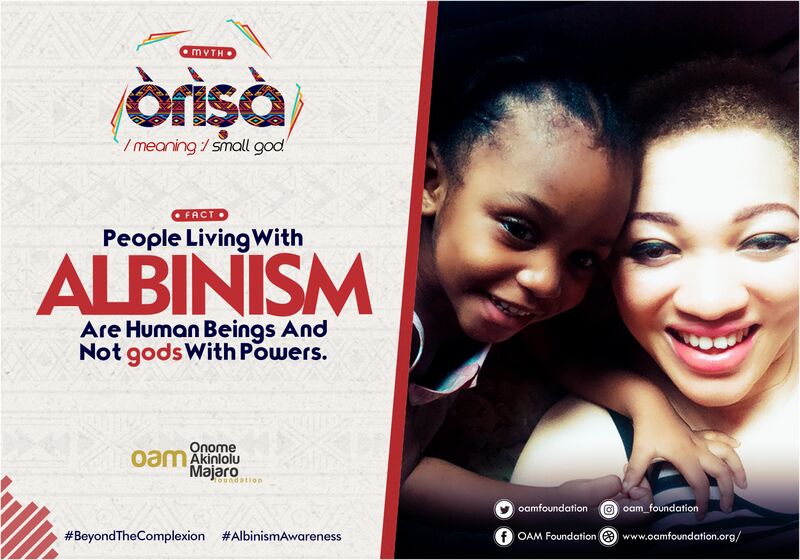 Fact: PWA’s are human beings and not gods with powers. ✅👍 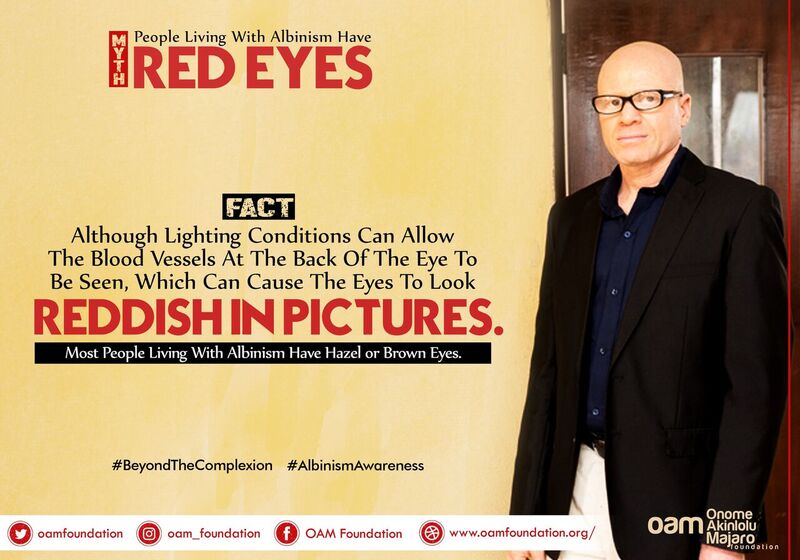 Fact: Although lighting conditions can allow the blood vessels at the back of the eye to be seen, which can cause the eyes to look reddish in pictures, most people with albinism have hazel or brown eyes ✅👍